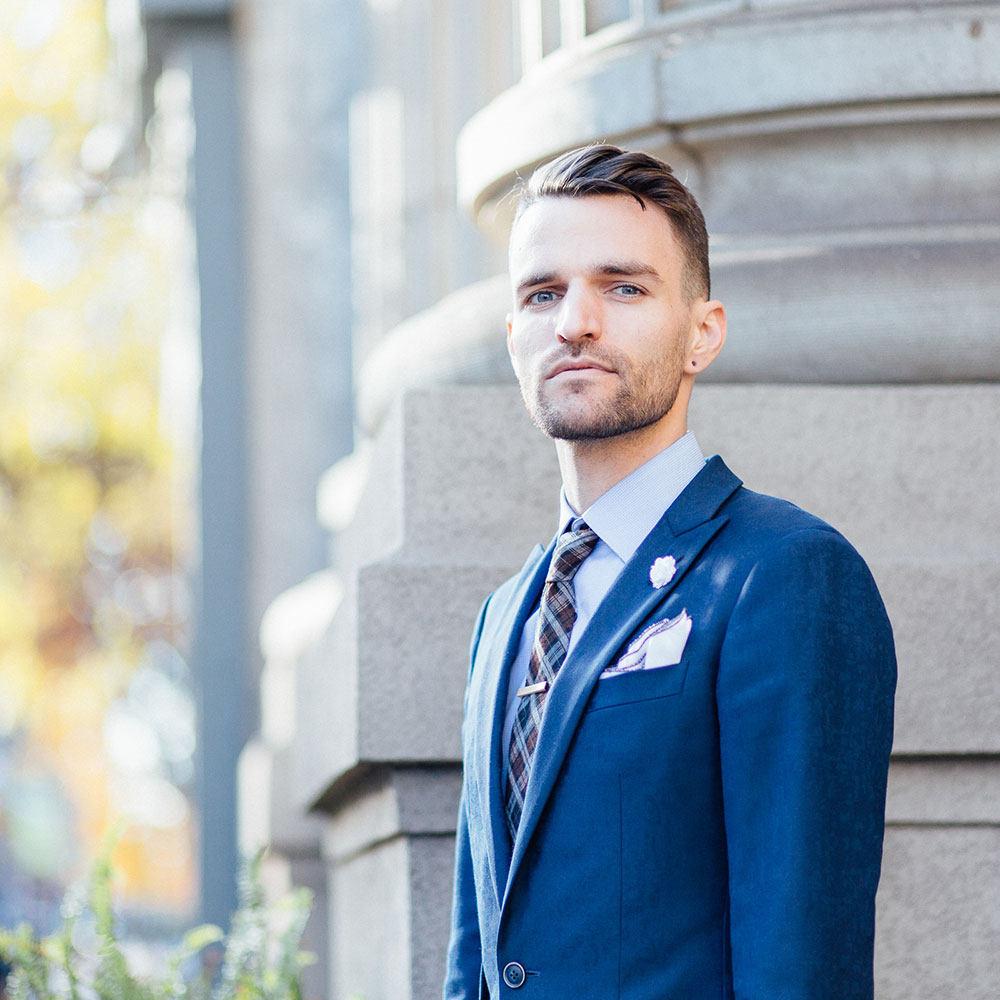 So how did he end up working in menswear? You could say it’s in his blood: his maternal ancestry has been traced to 1100 AD in Peebles, England, current warehouse headquarters for Holland & Sherry, and located at the mouth of the river Tweed.

No wonder his idea of a perfect outfit includes a soft tweed or flannel sports coat, which he would likely complement with chinos and a casual shirt.

It could also explain why he considers London to be among the world’s top fashion cities, along with Milan, although he firmly believes that the fashion crown could one day be bestowed upon another city a little closer to home:

“In ten years, maybe Toronto, if we have anything to say about it!”