Despite being 6’3’’ and 250 lbs – making off-the-rack out of the question – Éric Martel-Bahoéli was a breeze to dress for this photoshoot. We didn’t have to fight with this model-for-a-day as he happily built his suit and was more than comfortable and cooperative under the lens of Francis Fontaine.
And even though a Style Consultant was there to help, he chose his own accessories and that famous gold tie. It says a lot about his personality: he knows what he wants. 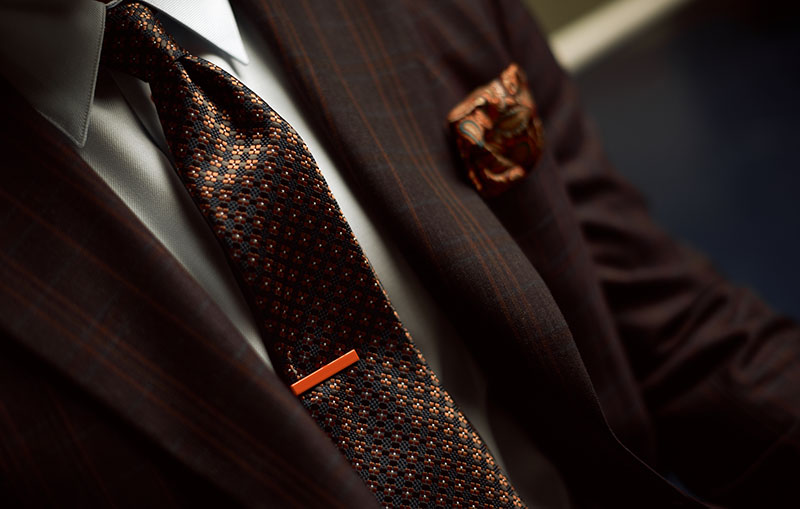 Confident and motivated, Éric Martel-Bahoéli will climb into the ring this Friday, July 29, at Québec City’s Centre Vidéotron. Thousands of fans will be on hand to watch the fight, and the vast majority of them will be in Éric’s corner. The man is no stranger to adulation. 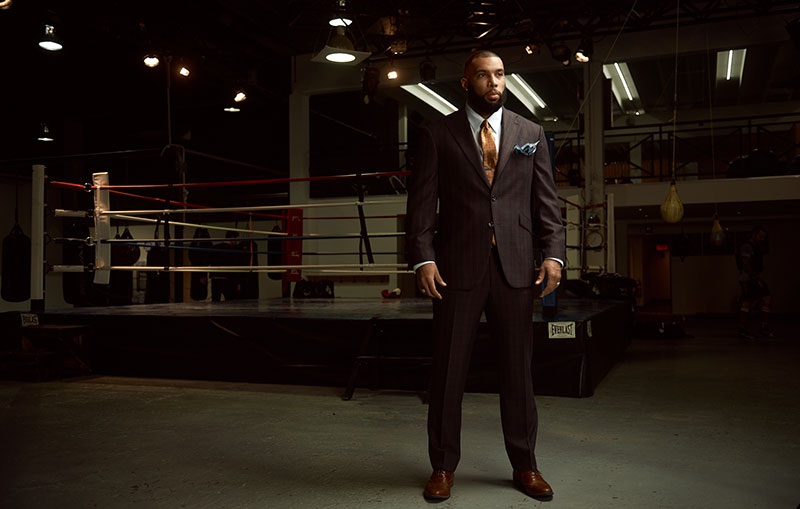 His activities and reaction to fans on his social media sites are part of what pushes sponsors like Chrono Aviation, Tire Fort Construction, Ameublements Tanguay and Nutrition Sport Fitness to put their confidence in him. Éric invites his followers to join his team through the hashtag #TeamBaho. He projects a positive image and conveys messages of perseverance to the young fans who are also active on social media.

In fact, he is well acquainted with the younger generation. He has worked for the past seven years as an intervention officer with the Québec youth centre. One of his missions? To sow the seeds of confidence that lead to improved communication. Raised by his mother, Céline, this boxer from Ivory Coast speaks to young people in difficulty with compassion and understanding. 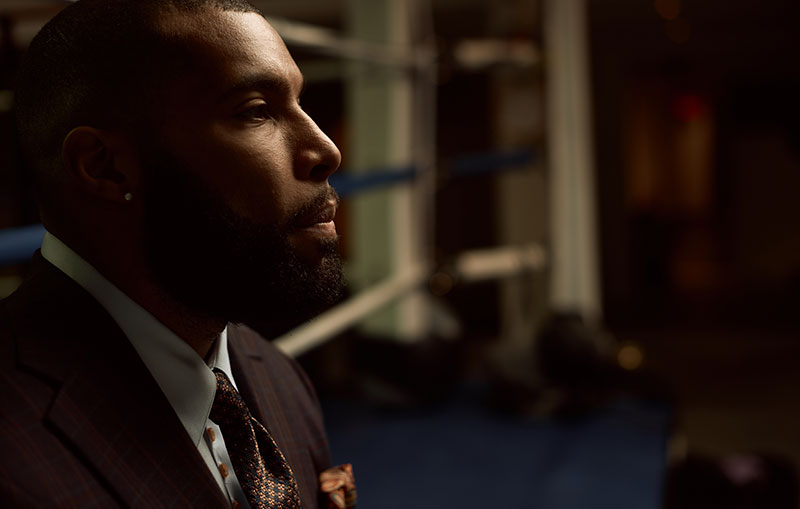 His eighteenth professional fight, which will be broadcast live on TVA Sport, will be a pivotal combat. As he says himself, he is “at the crossroads. Either it stops, or it continues.” A victory would deliver a message: “Never give up; show that hard work pays off, no matter where you come from!” 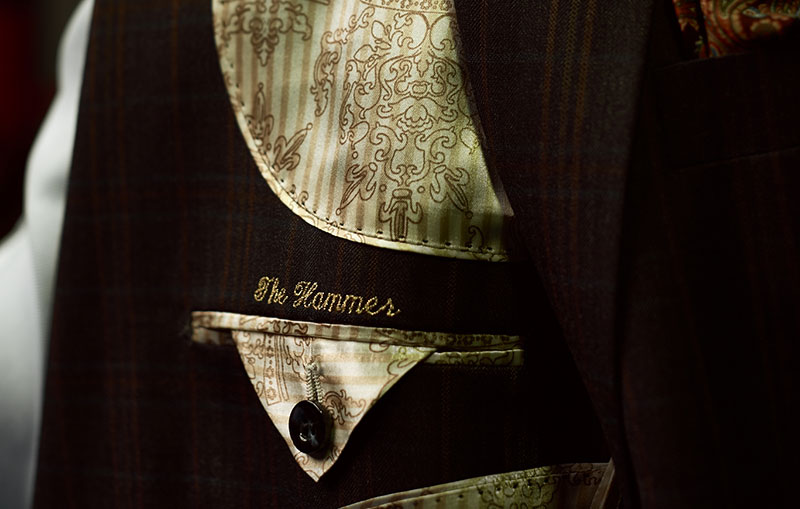 Éric “The Hammer” takes his role in the community to heart and he’ll have all of the love of his family, friends and fans when he steps into the ring. He will emerge victorious, and we would wish him nothing less! 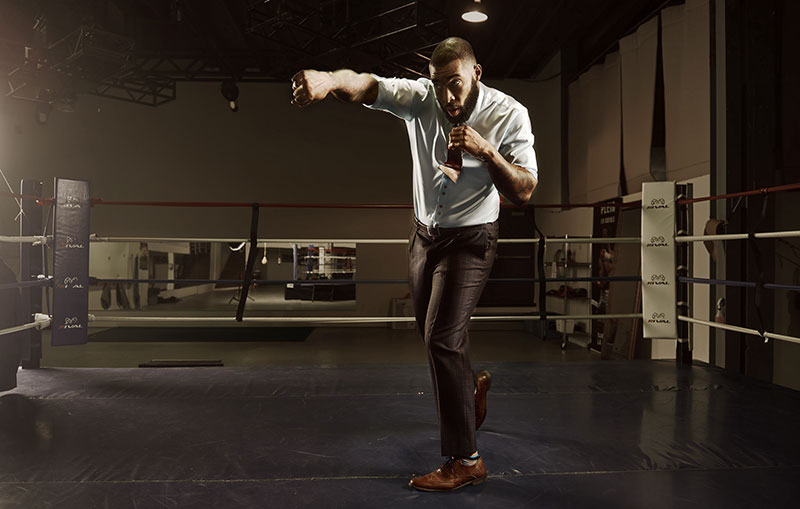 For this photoshoot, Éric wore a Surmesur suit from the Steven Jones collection and a shirt from the Copeland collection. Photo credits go to Francis Fontaine.