A beloved celebrity, the former professional footballer recently played fashion model for photographer Yannick Alain Gauthier. Despite his busy schedule, he was happy to test the comfort of a custom suit and shirt combo. He was satisfied, and so were we! 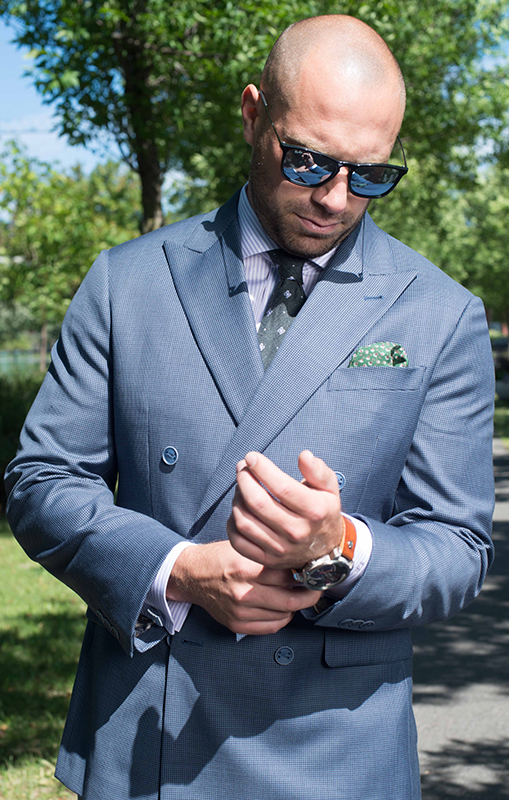 Étienne Boulay is a businessman who takes his image seriously. His regularly updated Instagram account provides a good glimpse into the bustling world of this sports analyst. He has made sport his main stock in trade, having played for the Montreal Alouettes, the Toronto Argonauts and the New York Jets. 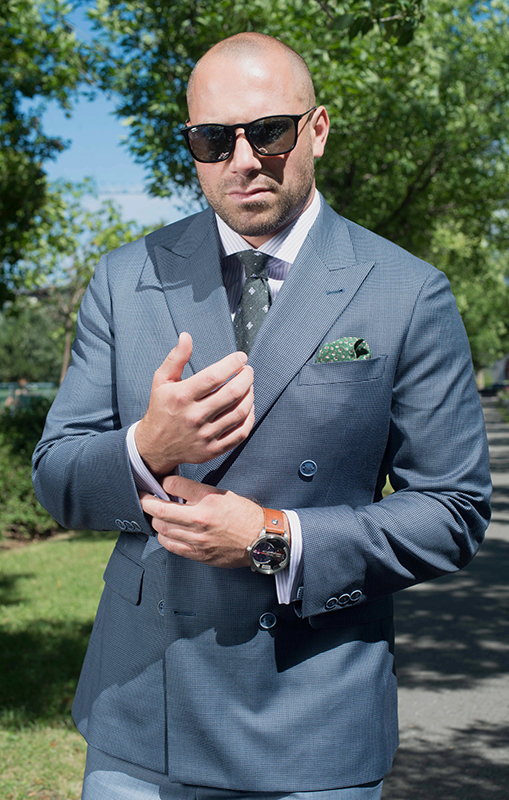 The current TV commentator was in good hands with Marius, manager of the Montreal store, who opted for a double-breasted jacket with a lapel that accentuates Étienne Boulay’s torso, shoulders and overall Greek-statue physique.

The colors, adjusted to the athlete’s contrast, bring his eyes into clear focus. Even though it was the Style Consultant’s idea, Étienne didn’t flinch at the mix of colors and textures. 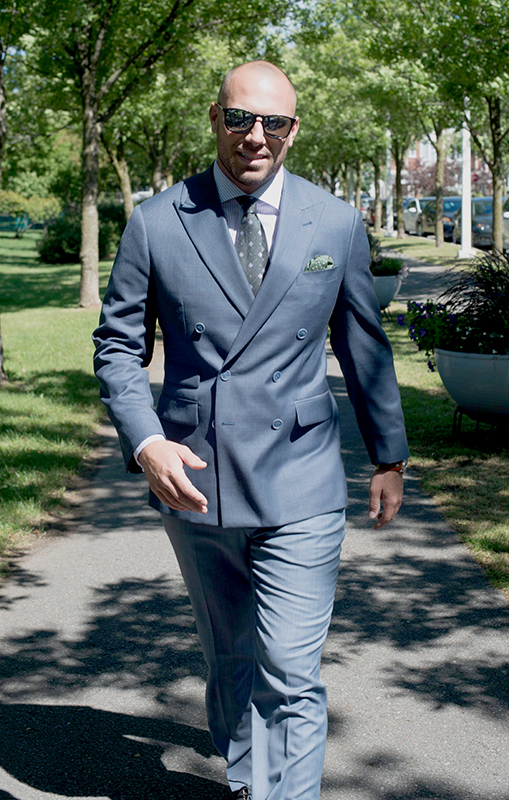 A family man, Étienne Boulay made his name partly through his involvement with youth. Though he’s become a role model to an entire generation, his down-to-earth nature make him a winner on or off the field. 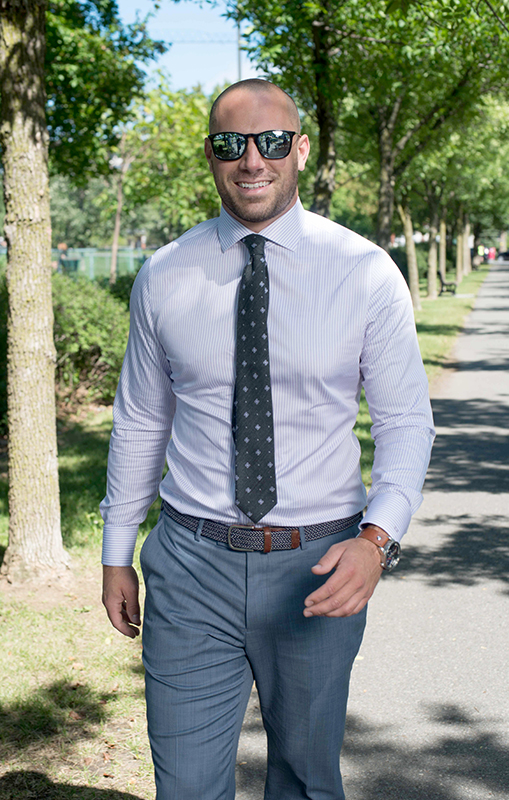