Now that you know Surmesur will be on the scene at Pitti Uomo, we can finally reveal what one of our star Style Consultants, Charles Desnoyers, will be wearing in Italy.

He opted for the prestigious Holland & Sherry wool for his three suits, choosing vivid and flamboyant colors to shine under the Florentian sun.

Indeed, sunny is the word Charles uses to describe this orange three-piece. He chose fabric from the Impact II collection so he could, in his words, capture the imagination of the masses and impose his presence. This will be his Power Suit, a suit to remember him by. 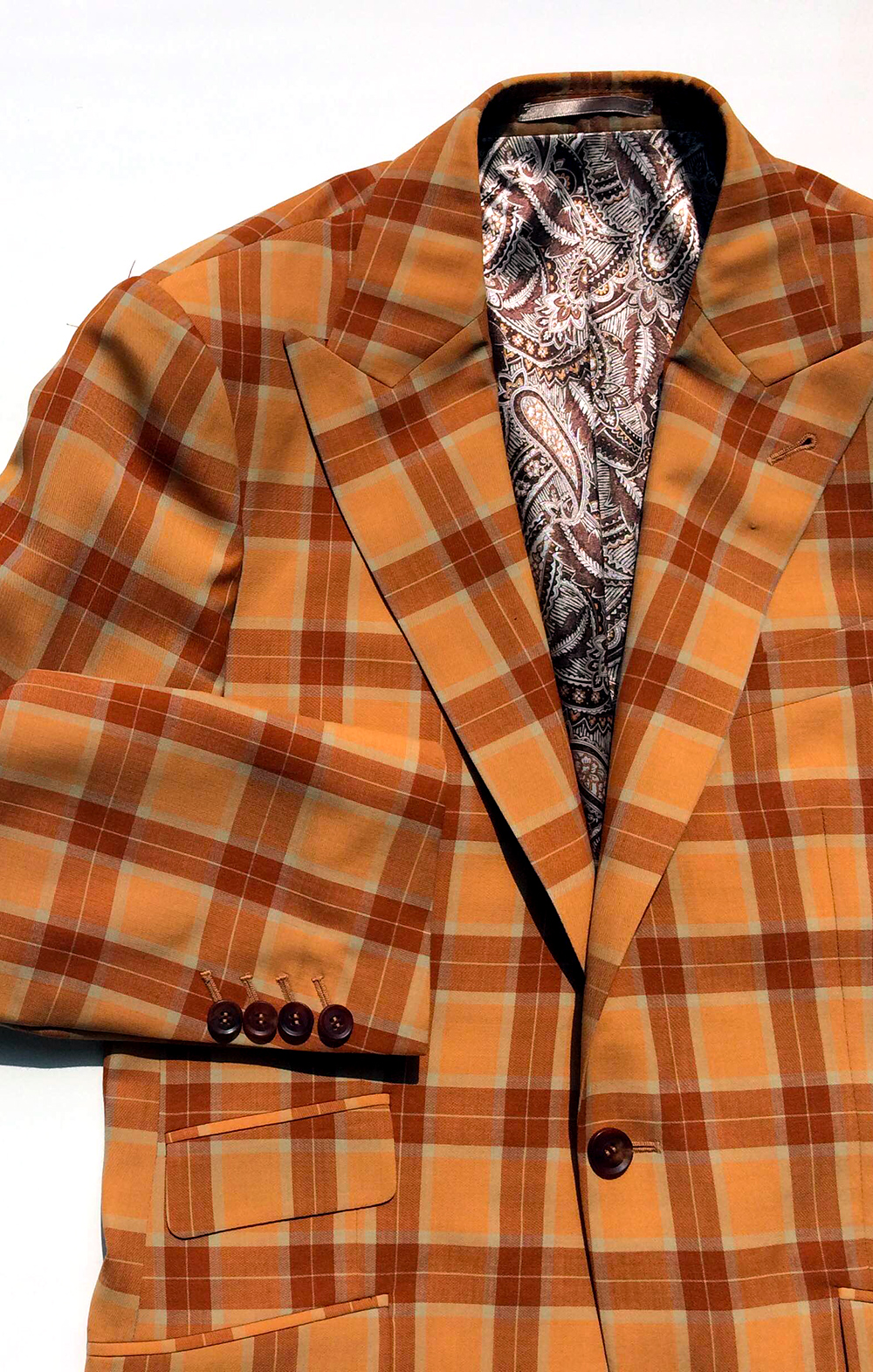 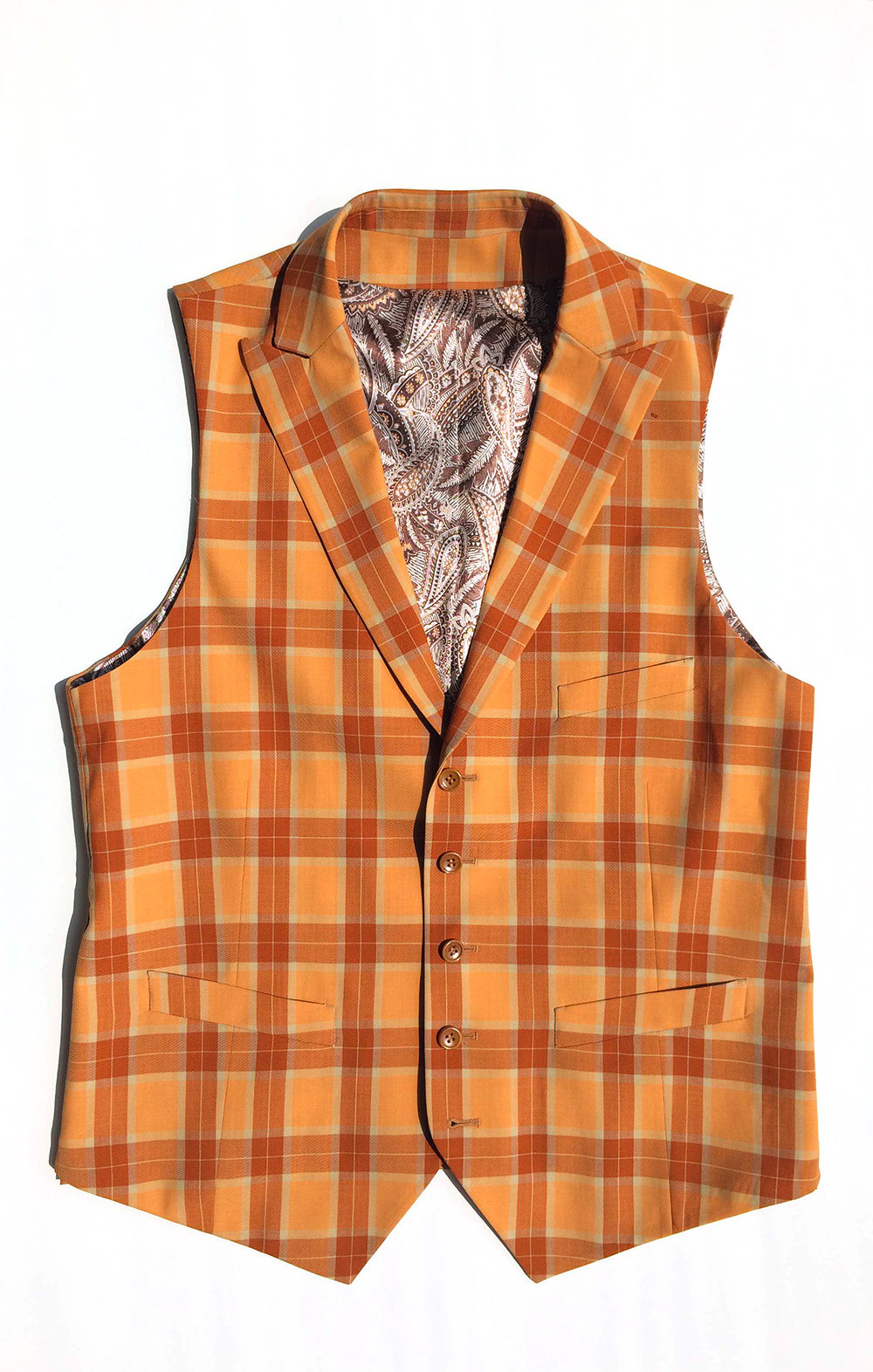 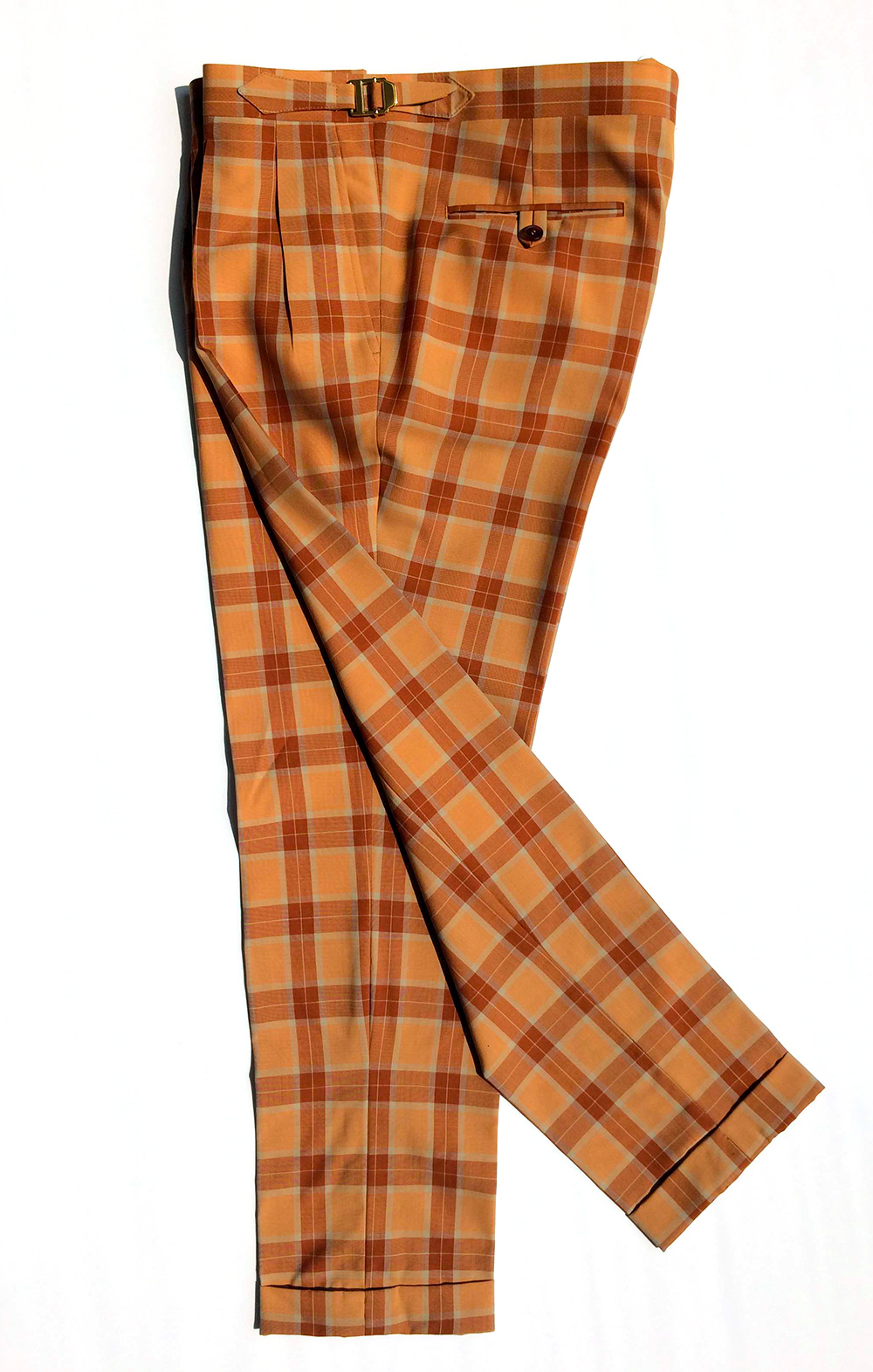 Next comes a 6-on-2 double-breasted jacket in blue with yellow checks from Crystal Springs, an H&S collection designed for spring and summer, made mostly of worsted wool and used primarily in jacketing. 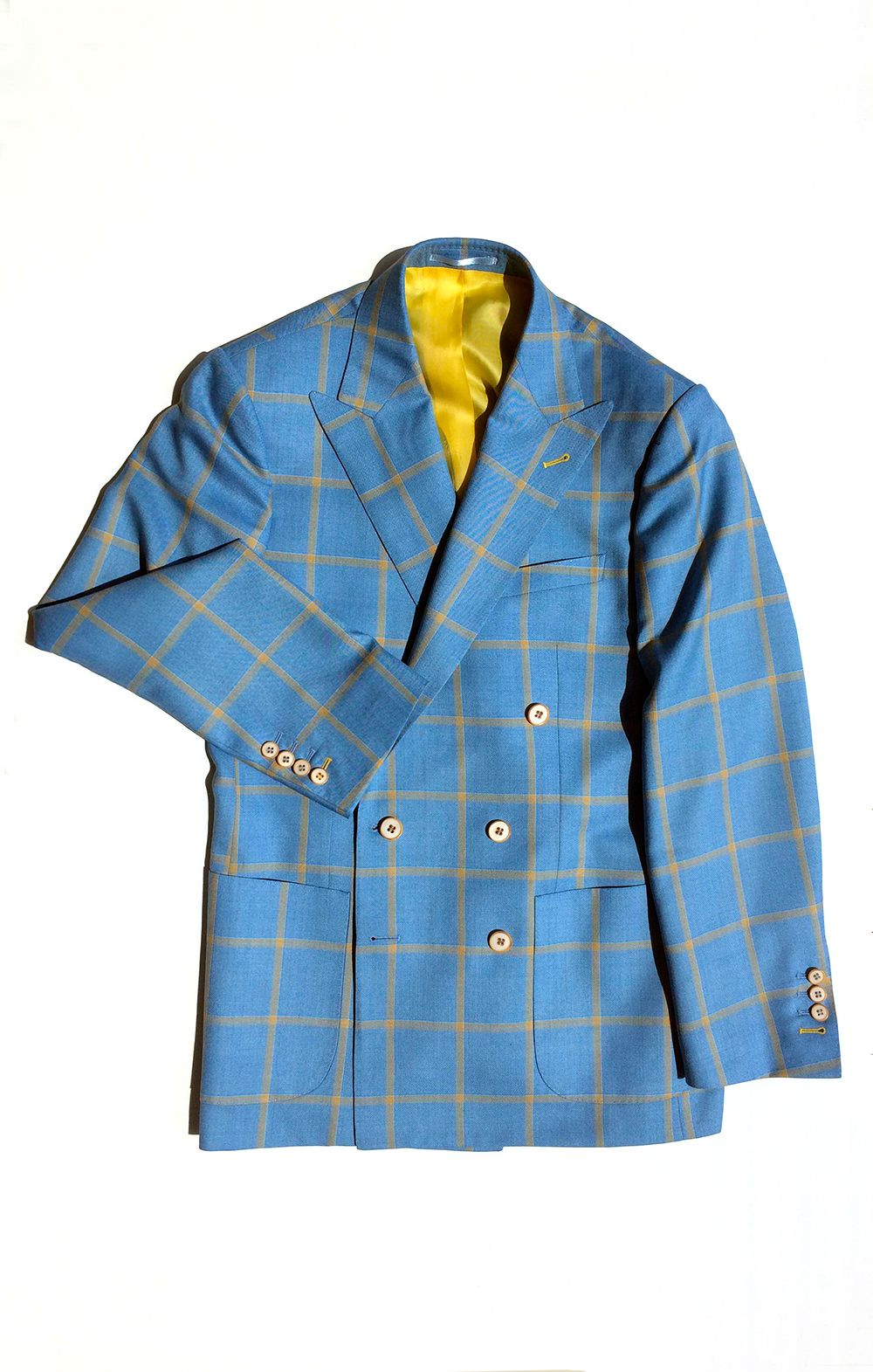 “Holland & Sherry’s distinctive collection of Crystal Springs uses the finest merino wool, and includes wool, silk and linen blends, all of which are elegantly styled and coloured.” - Holland & Sherry 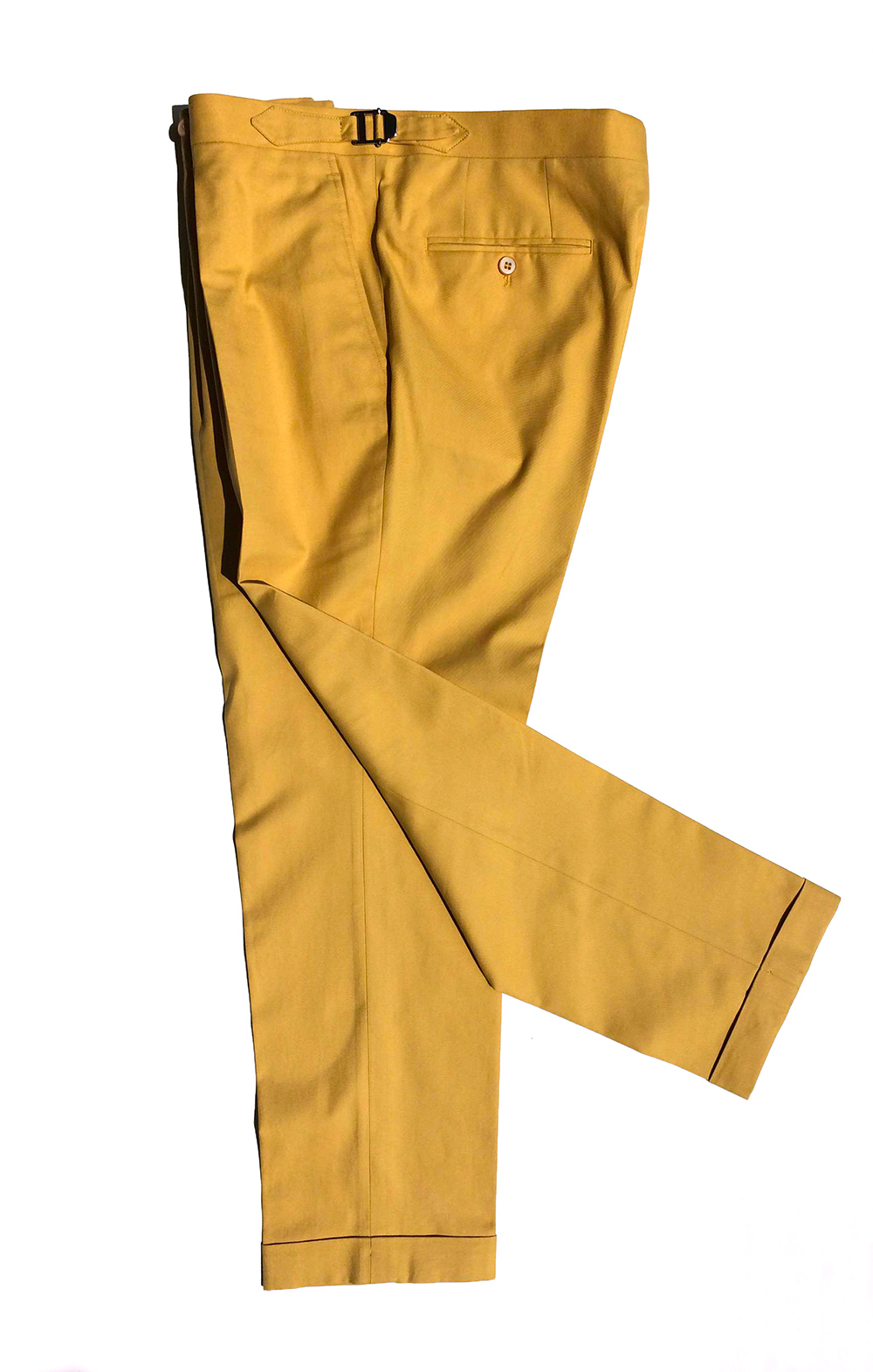 With summer in mind, he chose a rich blue with a light yellow check for a floral flourish, and the DB for its strength of character.

A love affair has clearly emerged between the man and the collection, since Charles once again dipped into Crystal Springs for the materials to create this jacket and vest. 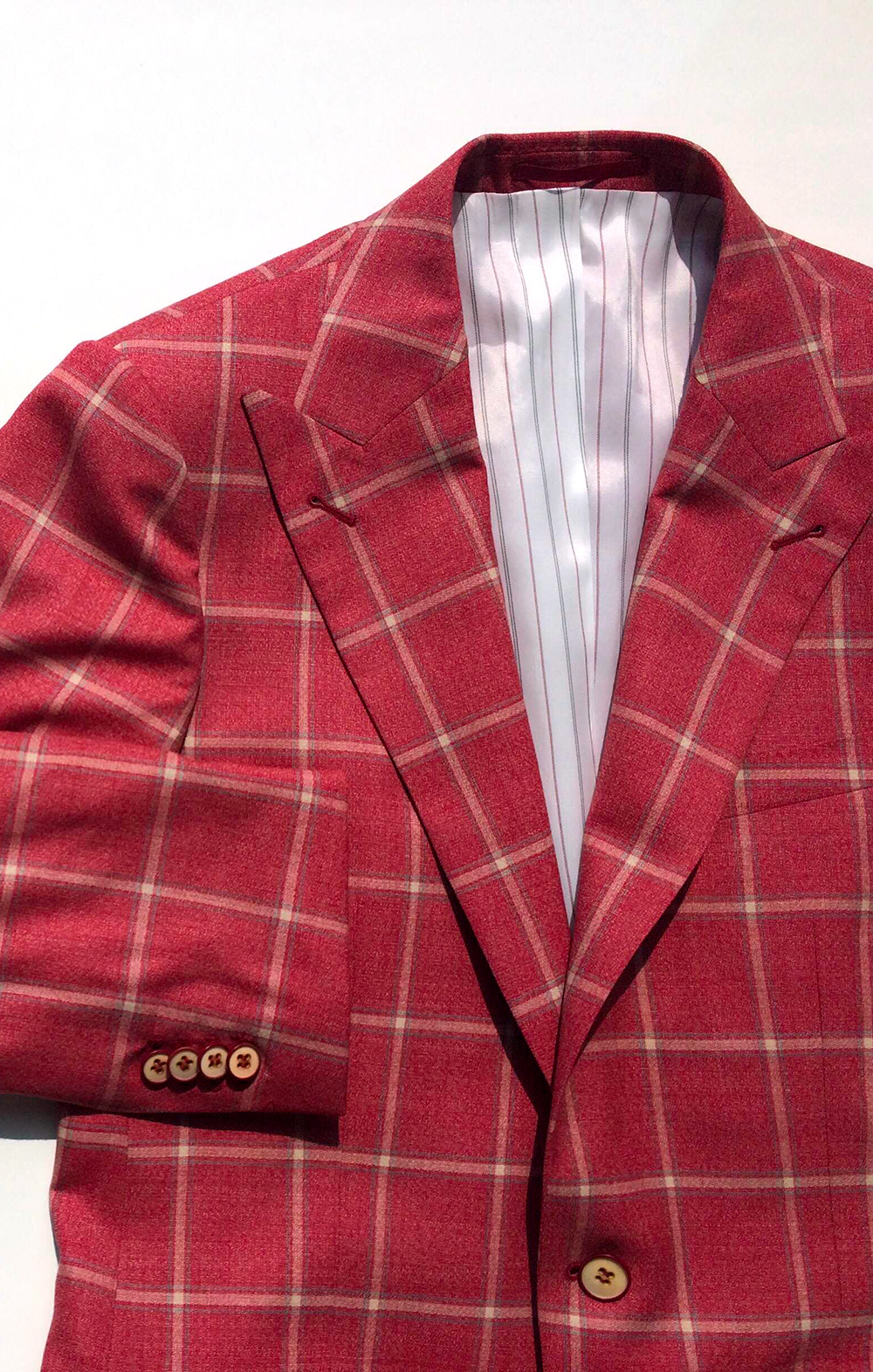 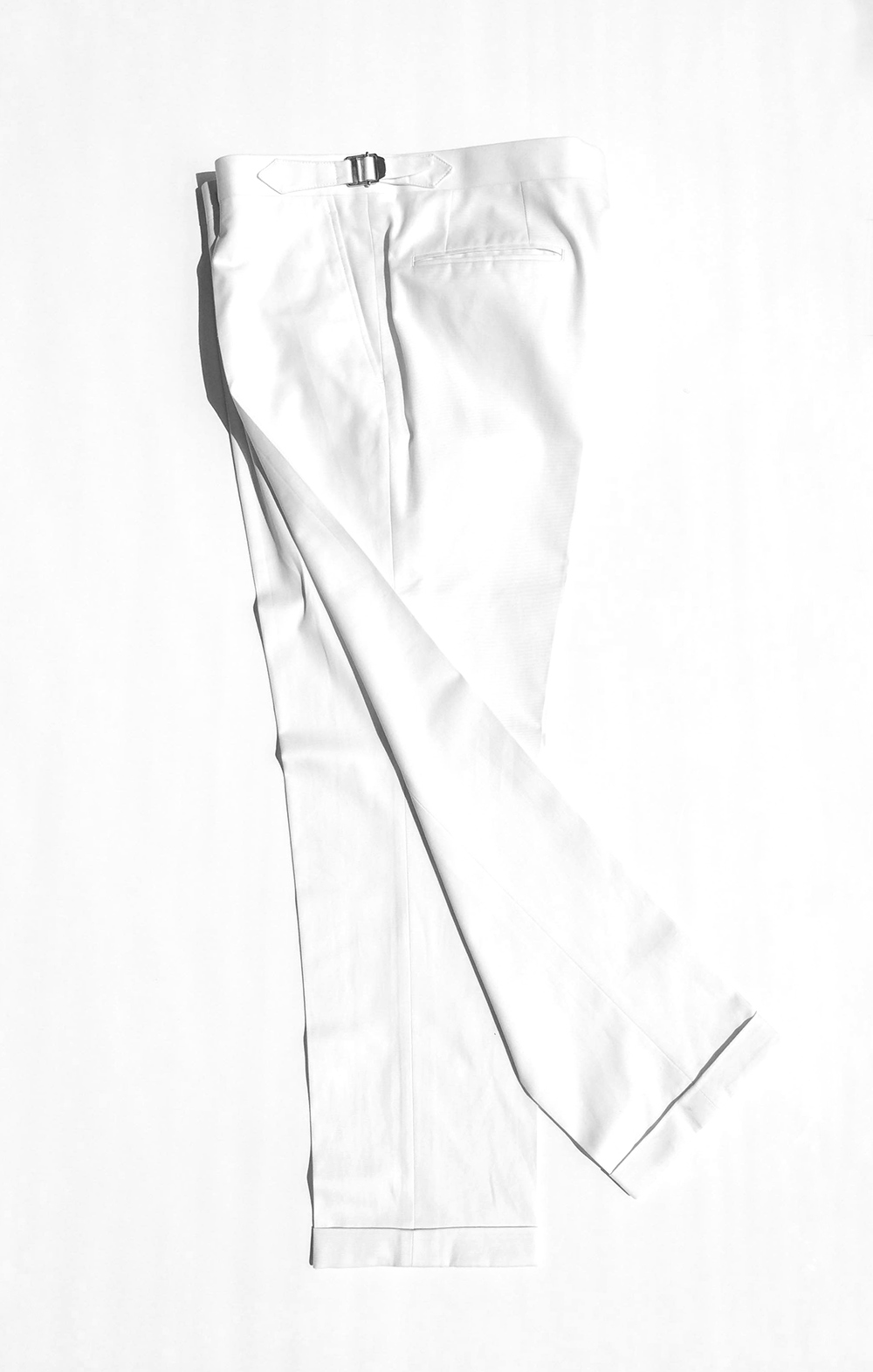 “This combination is a nod to the 1930s, when gentlemen wore white pants and straw boater hats to the beach. I decided to go with a panama instead. The fabric has an old-fashioned look reminiscent of seaside summers. I’ve added a double-breasted vest to obtain a perfect yesteryear look.” 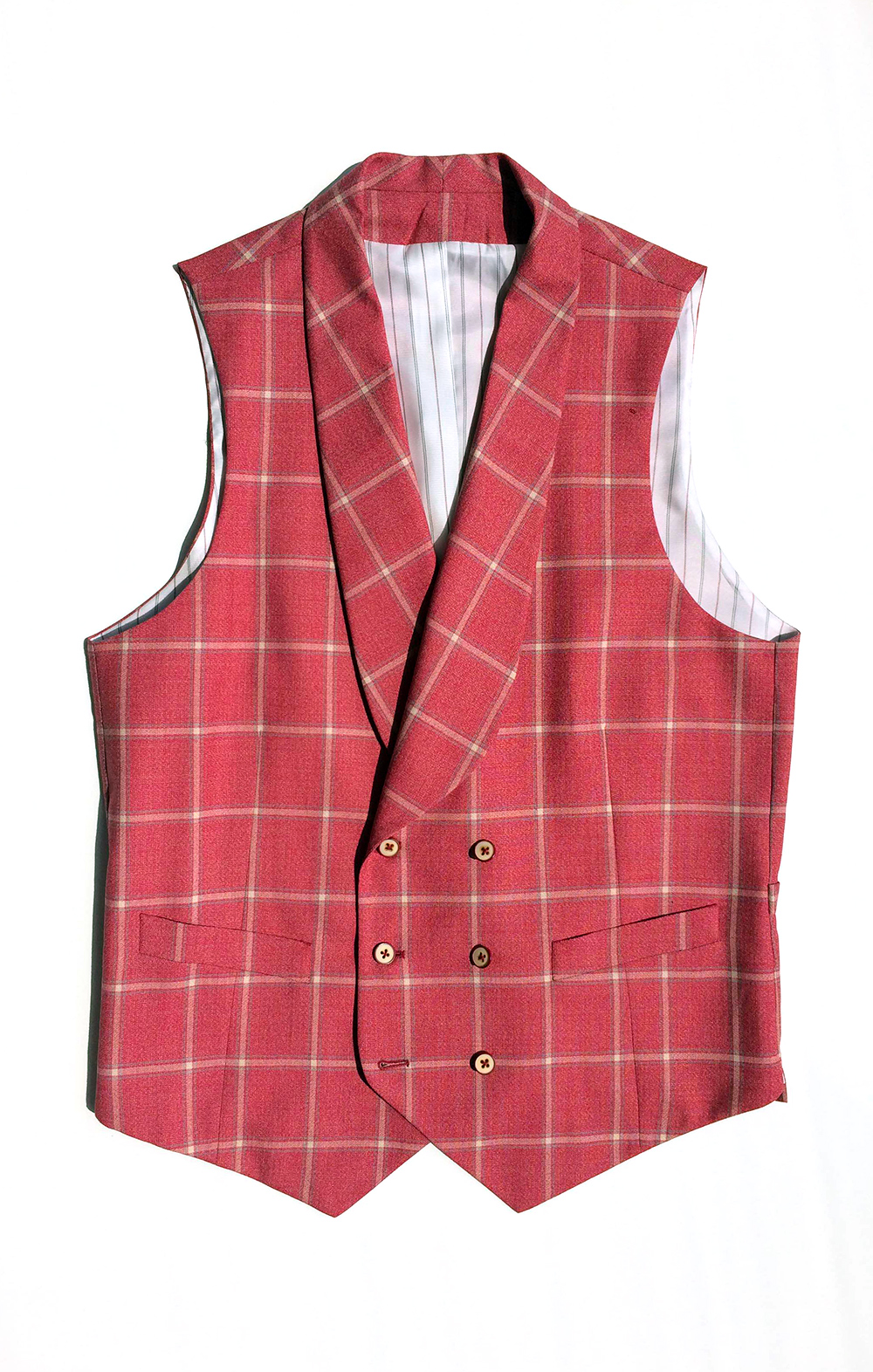 The three looks are well thought out, and each tells its own story. We have no doubt Charles will be the toast of the town at Pitti Uomo!