The very accessible Karl is our youngest Surmesur Ambassador. He already knew our brand and was excited to appear under our banner.
During this photoshoot with lensman Yannick Alain Gauthier, the model and actor let his talent shine, but reminded us that hard work and dedication are falling in the right place and as if by magic. With his easy laugh and seductive smile, this is a young man who will conquer!!
The most important thing in the world to him? His family, of course – proof that his values are in the right place. It is with great pride that we introduce you to the future of Québec cinema!

1. The first suit
Karl Walcott created his first Surmesur suit in 2014 for the Gala des Gémeaux. He was instantly sold on the made-to-measure concept – being able to put his name on a suit counts for a lot! 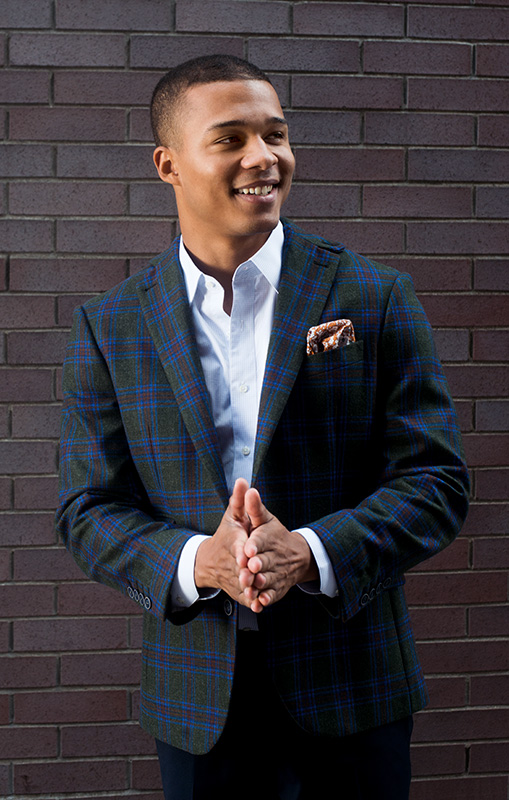 2. The model
Before getting his start in the hit web series Les Béliers, which put him on Quebec’s cinematic map, Karl was a model with the Sybille Sass Agency.

3. The success
He is currently riding a wave of success thanks to the popularity of the series Le Chalet on Vrak TV, now in its third season. 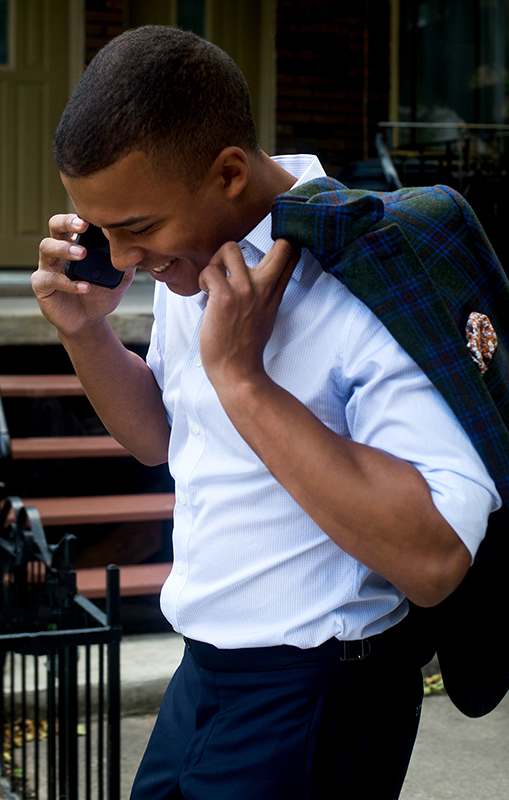 4. The first feature film
He is currently filming his first full-length feature french-canadian film, La Chute de Sparte, in which he plays the antagonist.

5. The eyes
While his skin tone allows him to wear any color, this outfit was created to bring out his light-colored eyes! 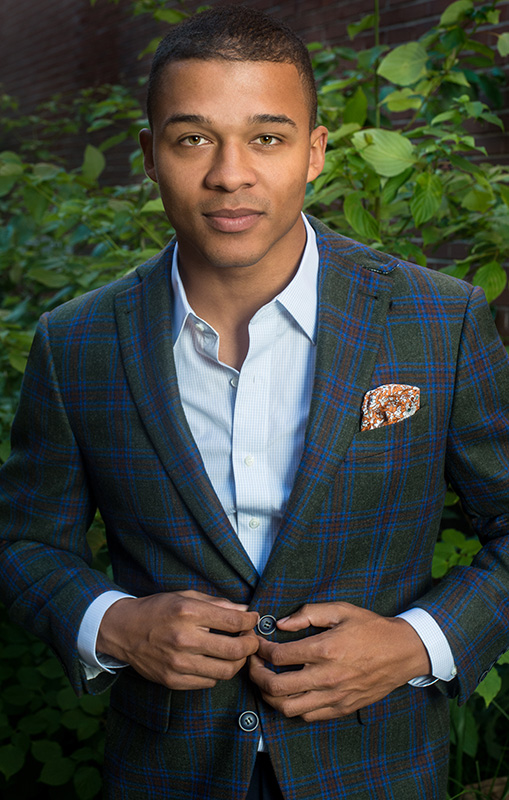 6. The call
One of Wally K.’s dreams came true when director Brian Singer offered him a role in X-Men: Apocalypse. It gave him the chance to hang out with a number of celebrity actors, including the talented James McAvoy and the magnificent Sophie Turner.

7. The Link
Although born in Quebec to a Croatian mother, he owes his natural tan to his father, who hails from Barbados, an island that also holds the distinction of having spawned hip-hop pioneer Grandmaster Flash and … Rihanna. 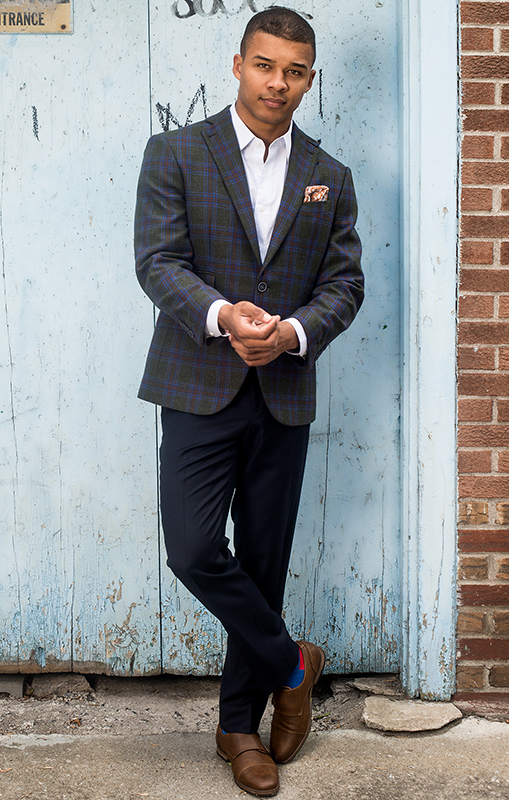 8. The Instagram sensation
His 100% wool three-piece suit from the Hunter collection, which he wore to the Gala des Gémeaux, has been seen and appreciated by more than 1,000 visitors to his Instagram page.