We’re changing it up this month! Instead of getting a mix of the best and worst dressed for July, you’re getting nothing but the best. As it signals that summer is in full swing, July is always a positive month, and since I’m currently on vacation, I want to talk about some of the sharp-dressed men that stepped up to the plate this month! 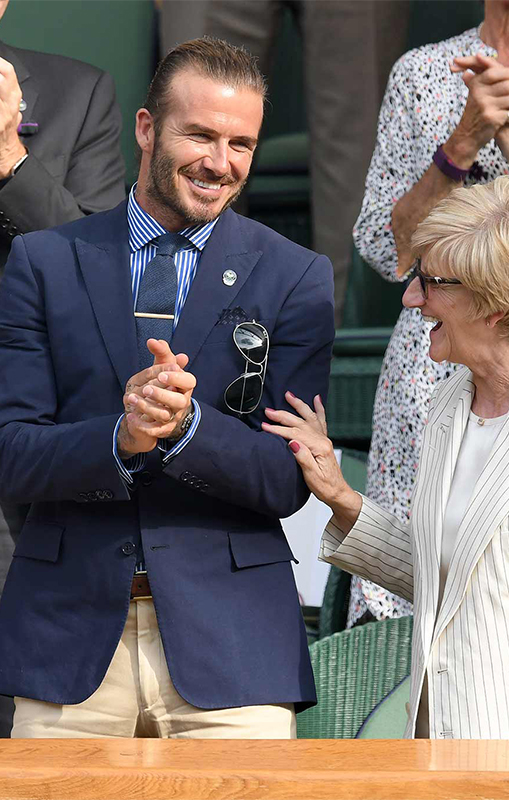 A lot of male celebrities and athletes brought their A game to the biggest tennis event in the world. Beckham, of course, was one of them. Navy blazer, khaki trousers and a blue striped shirt sound boring, but not for this soccer pro. He pulls it together with small details in his tie bar, lapel pin and patterned navy pocket square, but Beckham’s mother (wearing an open double-breasted blazer) is his best accessory to date. 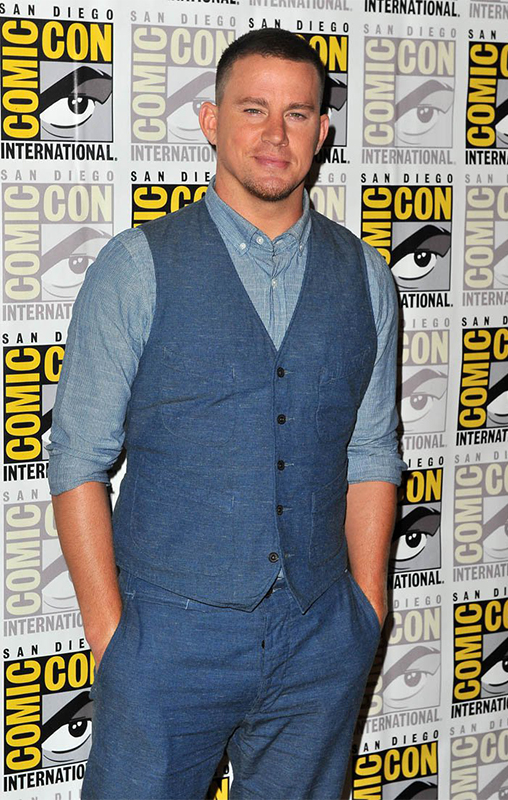 This is a unique look, not only for Tatum, but for a Comic-Con convention in general. He is showing the class of a three-piece suit, minus the jacket. It’s a simple blue hopsack that has four patch pockets, giving it a more vintage feel, paired with an even simpler blue button-down shirt. This is a look I feel like only Channing Tatum could wear, at an event only like San Diego Comic-Con. 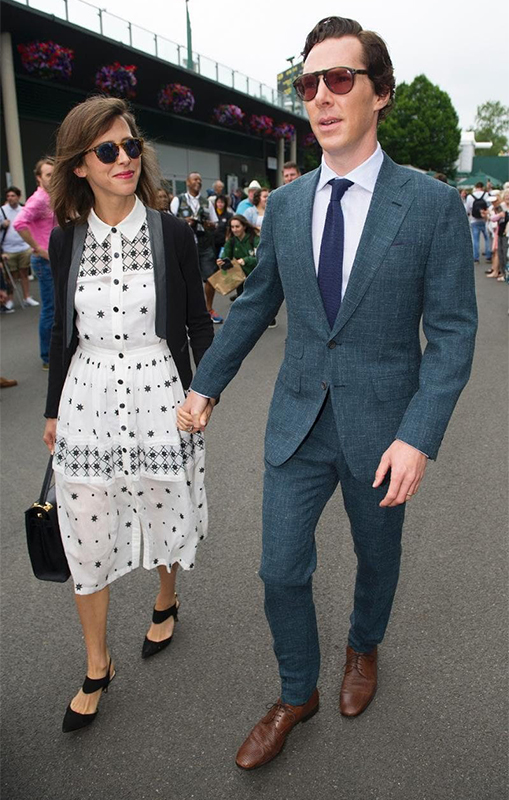 This likely comes as no surprise to anyone, as Benedict Cumberbatch is no stranger to fine tailored suits and sleek kicks. His lightly patterned, cooler blue suit fits like a dream, and his solid warmer blue tie gives the suit a small pop. There isn’t much to the details here, but Cumberbatch doesn’t need much to impress. 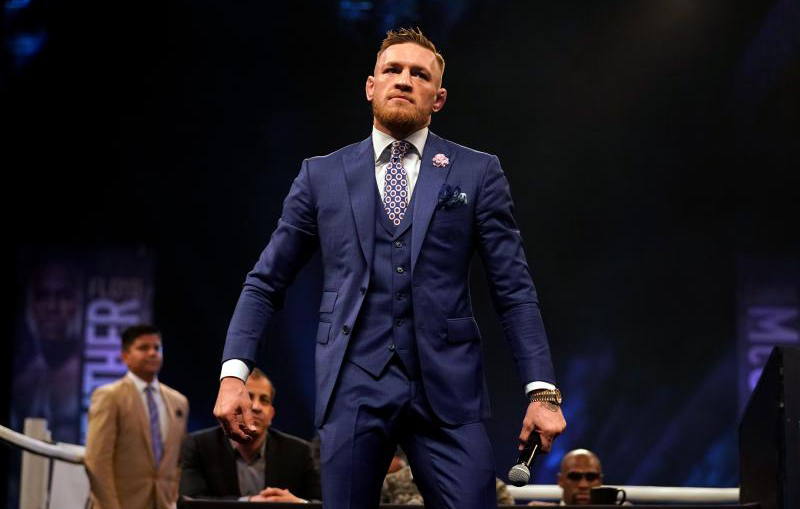 Everyone is talking about this man, whether it’s his perfectly tailored suits, sartorial flair, or just his rambunctious attitude inside or outside the squared circle. I feel he needed to be mentioned, especially for this three-piece suit. With the tiny exception of how difficult it must be to get a suit to fit properly over the MMA fighter’s shoulders, his details are always perfect. Waistcoat has a lapel, jacket has a ticket pocket, and his accessories always enhance his ensemble. McGregor only makes himself look more capable of success just by the way he’s dressed. 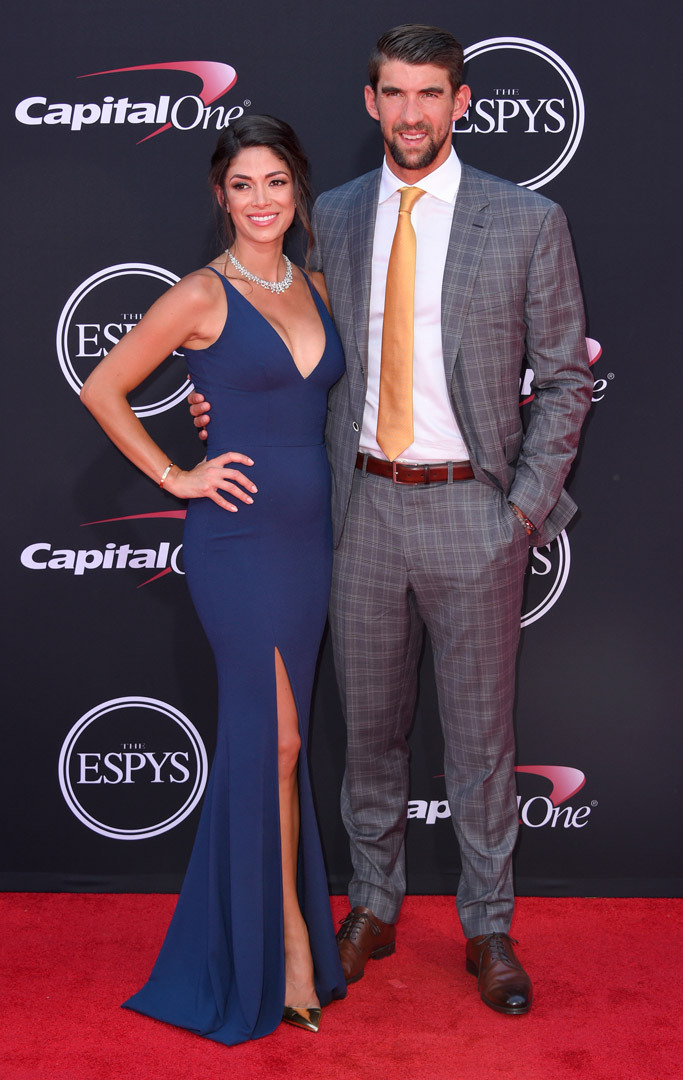 Some critics weren’t fans of the swimmer’s (and pro shark racer’s) suit here, but I can’t help but find it charming. It is a plainer suit for a red carpet, but looks sharp nonetheless. The yellow tie brings out a little bit of the pattern on the suit, and while I think he could have accessorized more (and better – that belt with those shoes is a no-go in my book), for a man of his height and build, it works very well for him. 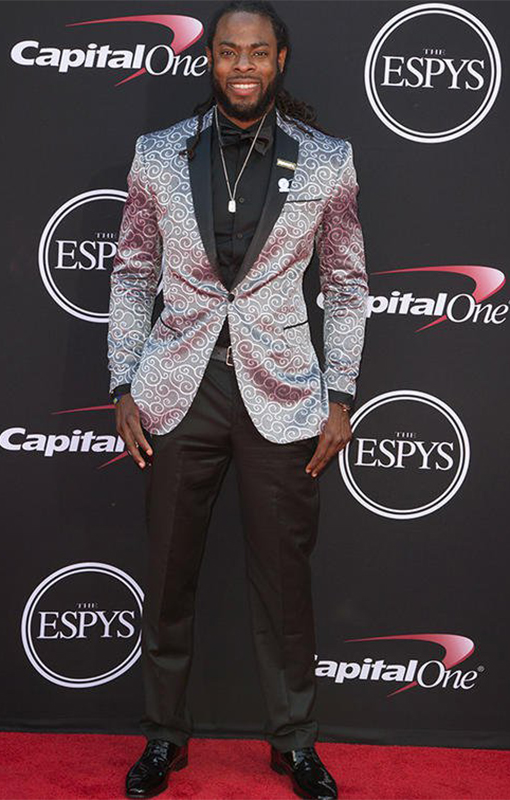 One last best look from the ESPY awards goes to Sherman, cornerback for the Seattle Seahawks. He played his tux a tad formal; however, this works very well in his favor. The print on his jacket is a little loud, but still sleek with the half black satin lapel. Black shirt and bow tie tone down the, and the fit on him is very sleek. Pro football players are not easy to dress, but Sherman scores a touchdown with this look.

Casey is a Style Consultant and an Assistant Manager at Surmesur Pittsburgh. When she's not measuring or designing, she's either performing onstage or working behind the curtains, with various musical theater and opera companies throughout the Greater Pittsburgh area.