Journal / Patrick Côté, the ambassador behind the fighter

A Surmesur ambassador is a personality who personifies the values of the brand. He readily talks about the company that dresses him, not only because he loves the product, but also because he understands the ideals the company espouses.
He unreservedly publishes photos and comments on his social media sites whenever he wears the brand he is so proud to wear. 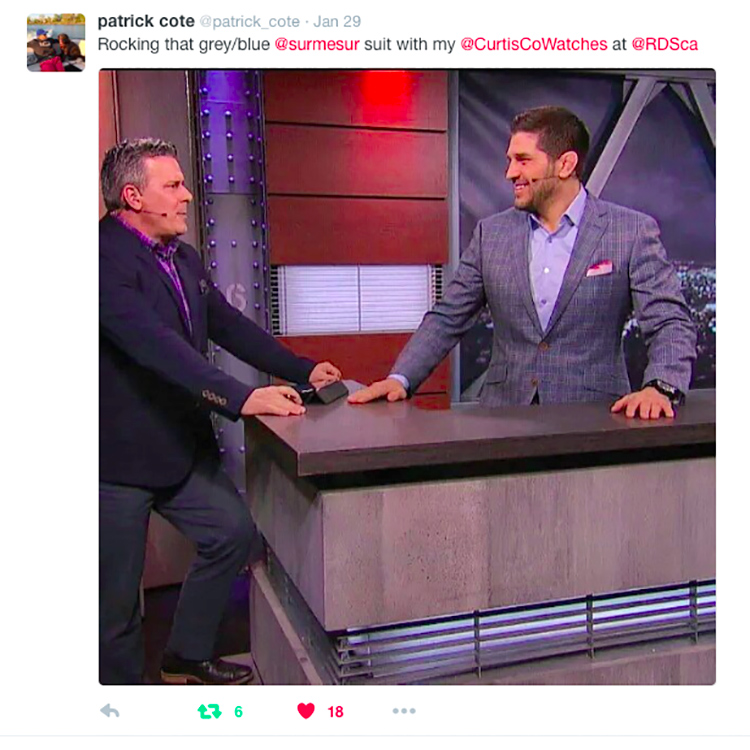 A Surmesur ambassador wants to be elegant and distinguished. He wants to improve his knowledge of clothing and style.

In short, a Surmesur ambassador loves to dress and wants to communicate it. Patrick Côté is in every way the perfect example of a Surmesur ambassador. He understands and accepts the advice of Surmesur Style Consultants, as Pat demonstrates through his newfound friendship with Charles Desnoyers at our Montréal store. 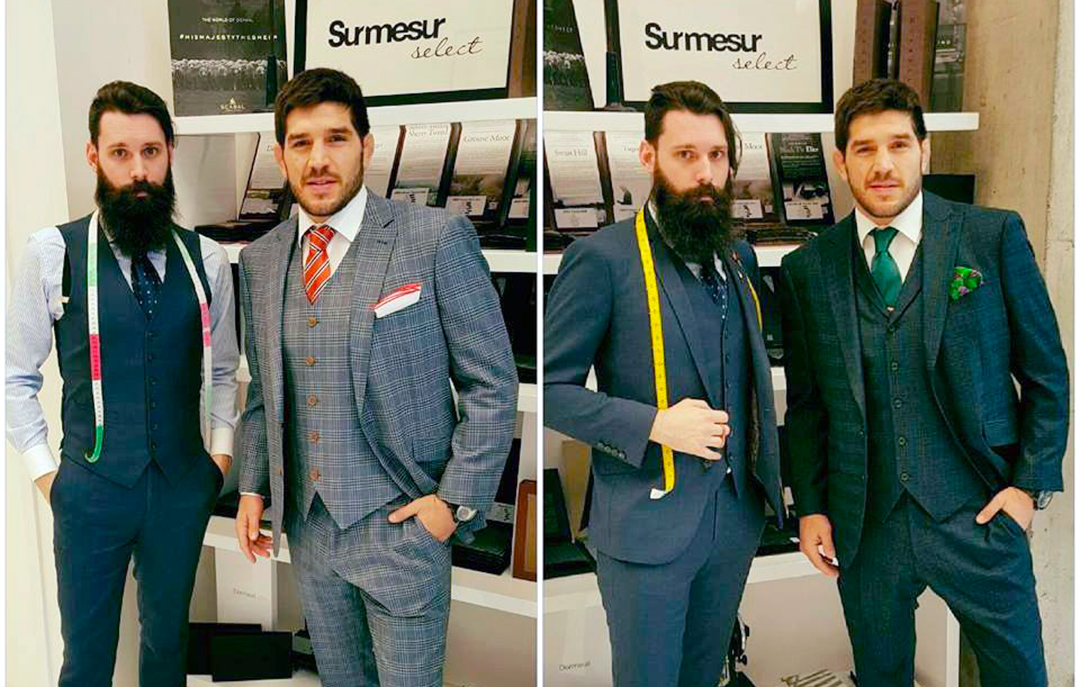 He now owns several made-to-measure suits, and even if his favorite is the grey three-piece that he likes to accentuate with red, he doesn’t hesitate to show off his other Surmesur shirts and accessories when he can. At the news conference for his last fight, he opted for his blue Prince of Wales suit, to which he added stylish accessories. 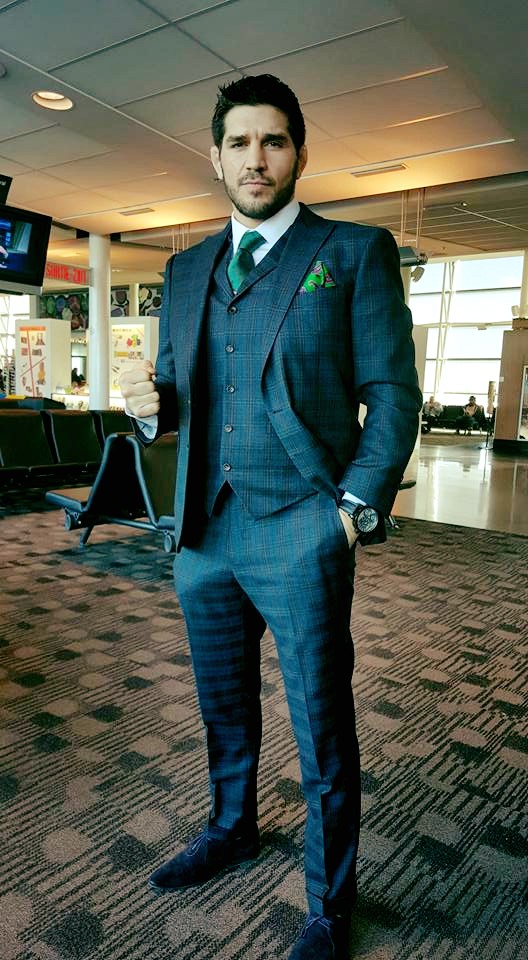 The man they call The Predator, just a few hours before climbing into the ring, took a few minutes to call and thank us. Usually cheerful and friendly, he was justifiably focused on the second biggest fight of his career, at UFC Fight Night 89 in Ottawa. Even with all of his media obligations, he managed to free up some time for us!

Pat has been with the UFC for more than 10 years, and he is the second-best-known Québécois in the organization. As his popularity continues to grow - he even published a book, he continues to give back to those who have supported him from the start. 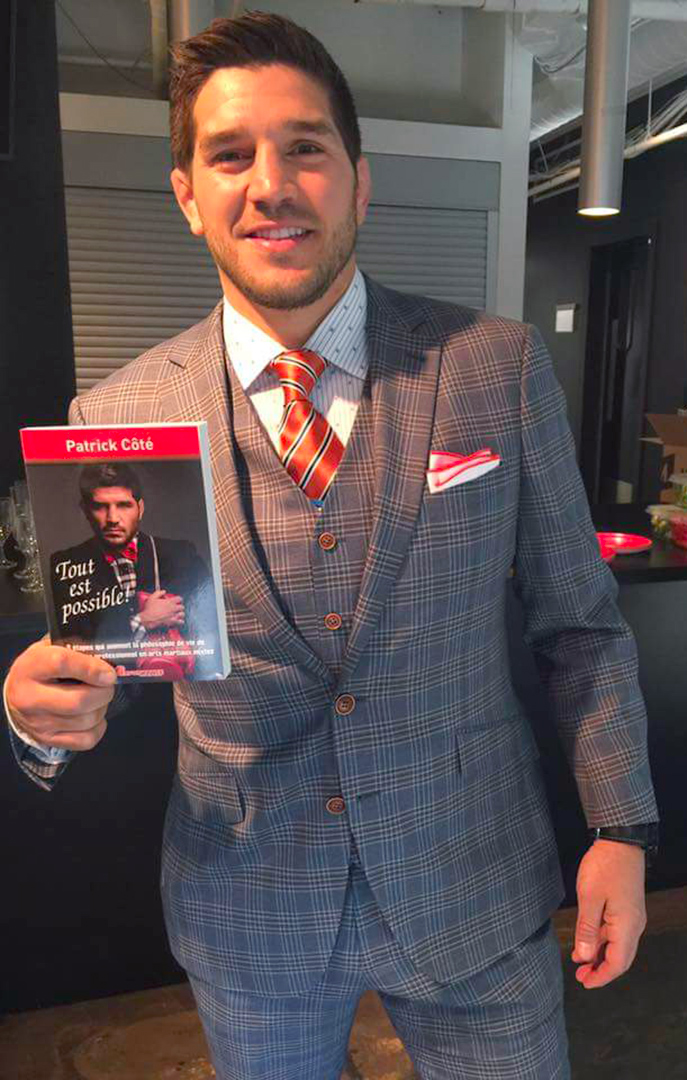 In life as in the cage, Patrick Côté is a man of style. And for that, we say thank you for trusting us!